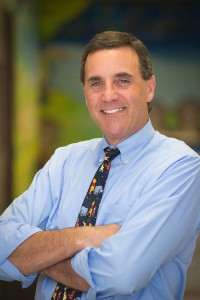 As our practice continued to grow Dr. Berger recognized the need to have someone with experience manage the business-end of Center City Pediatrics so that he could devote the majority of his energy to taking care of patients. It turned out that the person he needed was already working with him, not as an employee, but as his accountant. David had been working with Dr. Berger as his personal accountant since 1998. It was natural for him to assume the role of accountant for the practice when it opened in 2008. In 2013, Dr. Berger optimistically asked David if he was interested in a career change. To his surprise, David said “yes”. Enthusiastically, Dr. Berger offered him the job of Practice Administrator.

David has been a Certified Public Accountant for over twenty years. As the son and brother of physicians, it was no surprise that he developed a specialty in medical practice accounting and consulting. He also owned and operated a medical billing business for more than ten years along with his own accounting practice which gave him invaluable experience in the healthcare field and in business management.

With his wife Dorit and their four amazing children, David still lives in Cherry Hill NJ where he grew up. He loves being involved with his kids’ activities, including coaching many sports and being a Cub Scout and Boy Scout volunteer adult leader. As an animal lover, David includes in his family many pets, and he is the force behind our waiting room aquarium. He is also involved in the community, having served on the boards of directors of local chambers of commerce and his synagogue. David really enjoys being in Philadelphia and is an avid fan of all four major professional sports teams in the city. He is always happy to have you stop him in the hallway, call him, or make an appointment with him to discuss anything that’s on your mind, even if it seems “fishy.”