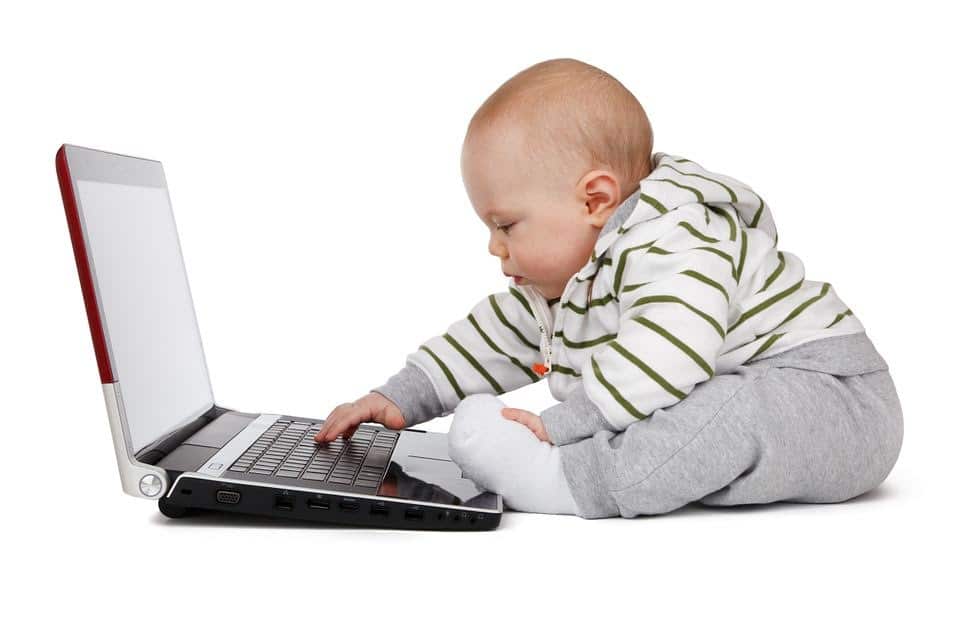 This blog is our first entry about screen time for kids, a pressing issue for Philadelphia and Main Line parents in the age of digital interactive media.

At the end of a long day, I love flipping through channels, watching a game, or catching up on a show. It relaxes me. When I was a kid, I loved to watch a show or two after school and lounge in front of cartoons on Saturday mornings. My parents loved that I was occupied while they cooked and “slept in.” My wife, on the other hand, did not grow up with a TV. Blessed with far more energy than I, she does not need screen time as down time, either personally or for our kids. Parenthood has forced us to confront our differences.

This is particularly important as we face the reality that our children are growing up in a world overflowing with visual media—not just the traditional broadcast media, in which I submerged myself throughout my youth—but new interactive digital media. In the 1970’s, when I was my kids’ ages, children began to watch TV regularly at 4 years of age.

Today, children begin interacting with digital media at 4 months of age. Despite warnings from so-called experts (and grandmothers) that “TV can rot your brain,” most parents still report at least 2 hours a day for their children. Although TV viewing may have decreased, total visual media exposure has skyrocketed—on average to about 7 hours a day, including TV, phones, and computers. With the “iPhone revolution” 10 years behind us, recent studies now show over 90% of 1 year olds have already used a mobile device.

The November 2016 American Academy of Pediatrics Policy statement, “Media and Young Minds”, warned me and my fellow parents about this media epidemic, but did not leave us entirely bereft of our favorite toys. Guidelines became stricter, with the limits for screen time for kids over 2 falling from 2 hours to 1 hour, but it acknowledged that even 18-month-olds can derive some benefits from a little interactive screen time. It also acknowledged that not all screen time is created equal.

Confession # 2: I need screen time for my sanity.

Not only do I need it for my own relaxation and escape, but also to “babysit” my kids so I can get a break sometimes. With the 1-hour limit, the AAP seems to cut me some slack.

However, just because some screen time is allowed, we should not fool ourselves into believing that it is a developmentally beneficial substitute for other important childhood activities. Not all screen time is equal, and you definitely can have “too much of a good thing.”

The Difficult Truths About Screen Time for Kids

Dr. Dimitri Christakis, a pediatrician and researcher at Seattle Children’s Hospital, notes that between birth and 3 years of age the brain triples in weight from about 333 grams to 999 grams. This growth reflects new connections between neurons, not creation of new neurons.

The type of stimulation we provide our children heavily influences this process. Studies demonstrate that exposure in early childhood to rapidly changing, faster-paced, highly stimulating content (like most Cartoon Network shows) leads to diminished attention at school age. The brain becomes conditioned to expect a higher degree of stimulation that does not match actual life experience. Shows that are slower paced and mercilessly boring to “grown-ups”, like Mr. Rogers or Daniel Tiger, are attention-neutral.

In 2007, the journal Pediatrics ruined many parents downtime when it published an article refuting that Baby Einstein turned your baby into Einstein. Rather, infants who did not watch so called “baby videos” had higher vocabularies than those who did. Even Baby Einstein was too rapidly paced. Equally, if not more importantly, screen time took away from the much more developmentally valuable interactive time. Human responsiveness to the child’s sounds and cues, along with reciprocal interactions, drives early language development much more significantly than anything that screen time can provide. The recent AAP statement notes that toddlers can begin to learn novel words from commercially available videos, but only if their parents are watching with them and using the screen time as a scaffold for interactive language. Even then, the statement notes “that higher order thinking skills and executive functions essential for school success, such as task persistence, impulse control, emotional regulation and creative, flexible thinking are best taught through unstructured and social (not digital) play, as well as responsive parent-child interactions.”

As our infants become preschoolers, we are tempted to cite other so-called educational values of screen time in order to feel good about our kids’ TV time. No doubt, children can learn some things from TV. My son learned about the habitat of Peregrine falcons, and the best way to turn a household appliance into a phone charger. But, many TV shows, especially those “feel good” moralistic ones, can teach unintended lessons. Studies over the last decade have shown that viewers of Arthur and other similar children’s shows demonstrated more anti-social behavior than non-viewers, even though the main point of the show was to teach civility.

The problem is that so many children’s programs focus most of the story on the negative behaviors, leaving only a few minutes towards the end to explain a resolution or better alternative. Preschoolers, with limited ability to hold large chunks of information in their heads, do not make the connection between the first 2/3 of the show and the latter 1/3. Rather, they remember the entertainment value of the negative behaviors. So many cartoons and Disney or Pixar movies include violence and verbal insults in the developing story, which may end with a moralistic lesson. The preschoolers cannot connect the beginning, middle and end of the show. Each part exerts its influence independently. When I took my then 4-year-old son to see Beauty and the Beast, I was appalled that the only lines he remembered were Gaston’s utterances of “Kill the Beast.”  However, in retrospect, it makes total sense—Gaston was a cheery character, with a lot of physical attributes, lots of friends, and a great voice!

Most of us agree that as children approach school age, violent shows and games can numb them to the unfortunate realities of our world. While parents often claim that their child’s laser-focus on a screen is evidence of their capability to focus, and that video games can even teach focus, screen time is actually weakening the child’s ability to focus. Children may be able to sit in front of a TV or video game console for hours, but the nature of TV and video games is such that minimal sustained, internally generated focus is required. The rapidly changing pictures on the TV screen or the instantaneous feedback offered by video games forces the brain to re-engage every second. Thus, little of the sustained focus needed to read a book, listen to a teacher, or navigate most of real life’s tasks is required. Our ability to attend is not measured by our focus when something is highly engaging, but rather by our ability to ramp up our attention to less engaging subject matter. Like a muscle, this part of the brain needs exercise to strengthen it. Screen time is usually a “free ride.”

In addition to affecting the brain, screen time can detrimentally affect the body. From early childhood, high levels of media use are linked to obesity and cardiovascular risk. The association between using greater than 2 hours of media per day and obesity persists even after adjusting for children’s psychosocial risk factors or behavioral problems. A recent large international study found that watching just 1 to 3 hours of TV daily leads to as much as a 27% increase in risk of obesity. Besides taking away from physically active time, screen time makes kids less aware of satiety, and depending on the medium, exposes them to advertising encouraging unhealthy foods. Finally, screen time can negatively impact sleep. This applies to infants, as well as older kids, who in studies demonstrated increased sleep onset times and less restful sleep.

The truth hurts! It’s hard to justify traditional, broadcast screen time as anything more than a great promoter of my own sanity, rather than great promoter of my child’s developing brain. So, where does this leave me with my wife? After all, The American Academy of Pediatrics did not say throw out the TV entirely.

I guess that I can say nothing but, “Thank You!”  Thanks for trying to keep my kids away from screen time until they were at least 2. Thanks for believing that an hour of daily screen time, even though permissible by AAP, still seems like a lot. Thanks for tirelessly working to arrange other, more developmentally stimulating activities such as games, hikes, and crafts, instead of TV time. Thanks for forbidding TV at bedtime, mealtime, and other prime family interaction times. And finally, thank you…for passing the remote! I still need my downtime.